New Year’s Day is approaching and so is the annual Rose Parade in Pasadena, CA. This week, we took a tour at several of the float-building facilities to watch the progress of this year’s floats. By the end of the night, we had signed up to volunteer for decorating. When you see sights like these, it’s not hard to understand why . . . 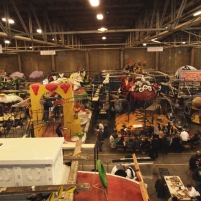 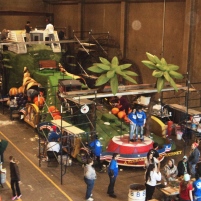 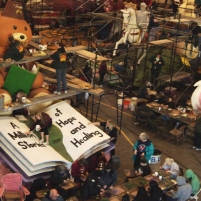 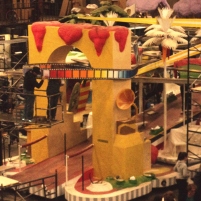 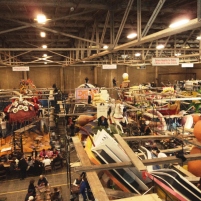 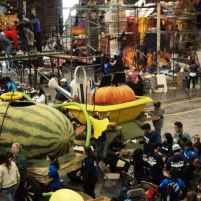 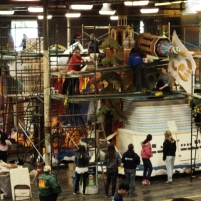 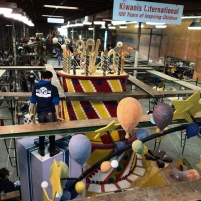 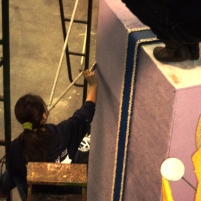 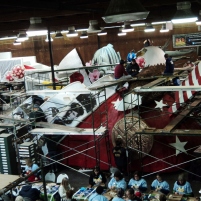 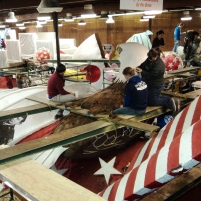 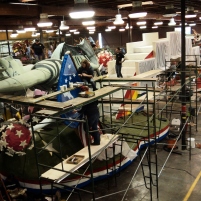 Paradiso Parade Floats had many open spots for volunteers this week. They and other float builders were still trying their best to avoid the mad crunch at the end of the week, but they’ve yet to crack the code on how to do that successfully. Paradiso shared a common work area with Cal Poly University in a tent where some rather grand automobiles were also being adorned with flowers and, it appears, even artichokes: 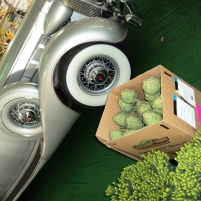 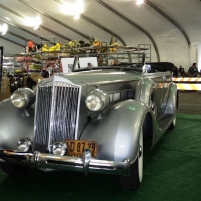 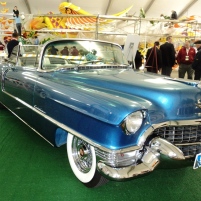 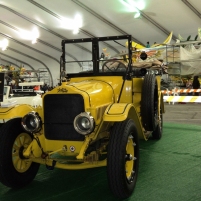 A fitting prelude to the floats themselves including a fanciful phoenix . . . 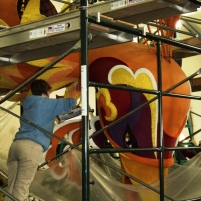 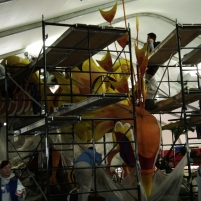 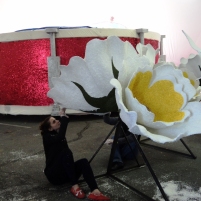 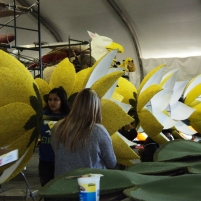 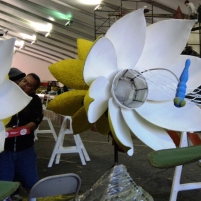 and a determined gremlin sprouting forth from a magical castle–designed and built by the students of Cal Poly Tech . . .

We toured during the day on Saturday and by Sunday night, we were bundled up in winter clothing, ready for a 4-1/2 hour shift. We easily scored an opportunity to prepare materials for Paradiso’s over-sized phoenix. All of these flowers from the day before . . .

were broken down into petals only, and our job was to chop a zillion petals into small pieces until they blended into a lovely shade of butterscotch. We did this cupful by cupful with the aid of a standard pair of scissors.

After roughly two hours straight of maniacal chopping, we were happy to move on to our next chore: covering the wire frames of large dragonfly wings with glue and white rice, part of the colossal hippo float. We had our chance to scale the scaffolding and find a spot with some stability where we could reach to sometimes unreachable spots and cover them in rice.

When it came time to climb to the third tier, I had a sudden bout of acrophobia. I happily swapped places with Mark who took the high road to apply rice to the hippo’s inner tube while I finished off someone else’s dragonfly wings while balancing atop a tall ladder. 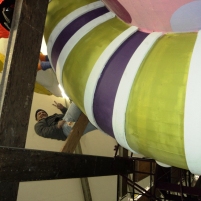 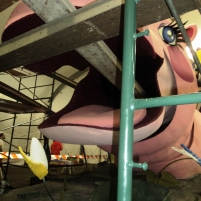 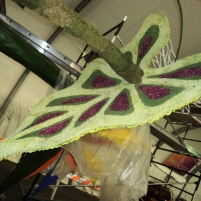 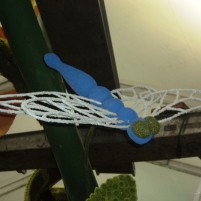 We’ve decided that we must make time for decorating Rose Parade floats at least every other year. We always have met wonderful people and love being part of something so cheerful. If you ever get the chance to help decorate, jump on it! It’s an experience unlike any other.

Thanks for following along on our Teardrop Adventures.