There, under the veil of a white cotton sheet, my eager fingers reach up and touch her dark face. She is beautiful. Her soulful eyes speak of sadness and strife, but she seems hopeful as we all touch her, as we all feel her sadness, her pain, her hope. She is no longer a refugee of a war-torn country. She has by now travelled the world, been touched by over a million hands and has touched them in return.

In an already powerful recording by U2 of their 1987 “Joshua Tree” album, this year’s live performance goes even deeper. The simple act of thousands of concert goers in the stands passing along a colossal 40-foot by 40-foot white sheet over their heads printed with the lone image of a dark-haired, dark-skinned 15-year-old woman-child with deep brown eyes did something to me no other concert experience ever did.

After we are introduced through video to a 15-year-old Syrian woman-child by the name of Omaima who speaks of staying hopeful and of the dream of someday coming to the wonderful United States to experience true freedom, Bono begins singing the words to “Miss Sarajevo”—“ Is there a time for keeping your distance . . . a time to turn your eyes away? Is there a time for keeping your head down . . . for getting on with your day? . . . “—while video clips of women and children living among the rubble of a war-torn city depict the daily reality of countries around the world.

Halfway through the song, the white sheet with the printed image of this lone young woman upon it emerges on the opposite side of the stadium from me. Bono points off to the right of the stage, to the middle-tier seating where the sheet overtakes an entire section of seats. “Here she comes!” he said, “Look! Over there!” Just then, a spotlight shines upon her face, which begins what will be her guided passage around the University of Phoenix’s open-aired stadium this beautiful, hot September night.

While the entire audience studies this floating image in the stands and on the screens on stage, we in the mid-rows anticipate our chance at being a part of her journey. At the exact opposite side of the stadium, those in my section have at least three minutes to consider the meaning of the words of the song relative to the young woman we might soon touch with our own hands. 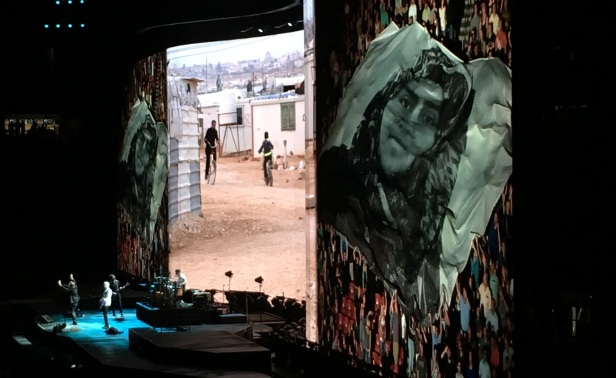 Because we are in the cheap seats on the sharp side of the stage, we can’t read all the words on the screen, can’t entirely make out all she has said. So, in the moment I know I am not alone in wondering: Who is she? Is it someone I should know? Have I not been paying attention to the world beyond me? Is she a refugee? From what country? Is she a burgeoning freedom fighter—a future leader of women and men?

By the time I have a chance to touch her, Bono has moved on to the next song, “Beautiful Day.” By now, the tone and message lifts to the level of positive affirmation. While the beautiful, soulful, sad, and, yes, hopeful mystery girl floats above me, I am joyful, smiling brightly as I reach up to touch her and help her along her way. All around me, fully engaged people of every age, gender, race, and religion are doing the same. When she leaves my fingertips and disappears from view, I turn to see Bono on the center island of the stage belting out the words, “It’s a beautiful day . . . the sky falls and you feel like it’s a beautiful day . . . “ The juxtaposition of the value-questioning“ Miss Sarajevo” lyrics (comparing what we THINK is important in life with WHAT TRULY IS important) followed by the affirmation-driven “Beautiful Day” lyrics (reminding us to embrace each day and “don’t let it get away”) left my entire being full of hope and positivity. When I looked around at everyone around me in the stadium, their smiling faces, raised hands and dancing bodies told me they felt the same.

Bono and his band filled the entire night with thought-providing imagery, much of it relating to the United States and quite a lot relating to the world at large. For those of us who bought U2’s ”Joshua Tree” album the first time around in ’87 and successive albums in the years to follow, the lyrics and emotion carried in the original releases resonated even deeper this time around. This, in theory, because by now, many of us have seen first-hand history repeating itself. Deeper along in our own personal journeys, many of us now have a keener understanding of what a global (and arguably a universal) disservice it is to ourselves and those we love when we see injustices play out locally, nationally, or globally and meet them with silence and inaction, when we respond by simply turning our backs and looking away.

In the final third of the show, narrated interludes between songs by front man, Bono, make clear the message U2 intends to convey. Bono seems to express that it’s time to embrace the FEMALE ENERGY of this world and allow it to guide us to more peaceful resolutions of the grave situations brought on mostly by the aggressive inclinations of MANkind. Through extensive imagery, provided through a participatory project by Alice Wroe called “Herstory,” a parade of both familiar and not-so familiar female faces appear on the stage’s screens, each one a trail blazing woman who has changed the world in positive ways, who have been an inspiration for all women to be all they wish to be and to not be defined by the bitter, resentful, hateful, oppressive actions and words of the frightened, selfish, small-minded, small-hearted men of the world—especially such men who claim to be “leaders” of others. Many of these women are no longer with us, but I recognized many that still are alive and well.

While watching the images of these amazing women on the screen and hearing the frequent cheers from the audience, I can’t help but notice that many of the women shown have been marginalized and vilified by men in positions of power and influence, both in the United States and in countries all over the world. Yet these women persisted, resisted, and insisted on being heard, often at any cost, including physical harm and even death. To them, the cause was and is greater than themselves. The message within the images seems to be, and in fact the words were uttered by Bono, that we should recognize these women as a significant part of not just our HIStory, but of our HERstory, a phraseology that has been making headway in the U.S. and in the world in recent years. Though the books in our schools may never include the rightful acknowledgement of ALL the women, past and present, whom have played a critical role in the positive progression of the human species as a whole, the take-away message to me is:  Let us not give up on making the role of women a critical part of our FUTURE.

It seems clear to me now that I’ve reached the ripe “old” age of 57 that I’m blessed to be alive at all at this stage of life. It’s also become quite clear that I should never take this simple fact for granted, that there is no certainty that the youngest among us today will be as lucky as me to live this long. Quite literally, the future existence of this planet or at least the humans who are blessed to live upon it will depend greatly on the emergence of a new world order where women hold the keys to the shiny red buttons that tempt men and threaten our very existence.

The time for writing the books of HERstory is now. Bono, all the members of U2, and Alice Wroe along with U2’s creative director, Willie Williams, have done a profoundly beautiful job in helping us all imagine such a future for the United States, for the world at large, and for our continued peaceful co-existence in the wondrous, unique, ever expanding universe we call our home. This is the thoughtful, positive message U2 and its co-conspirators have shared to over a million people in the world this year. I’m grateful to have been one of the lucky ones who experienced it for myself first-hand. I will never forget this impactful concert and the message of hope wrapped within it. 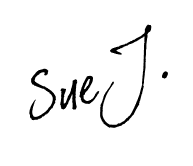 One thought on “Reach Out and Touch Her: U2’s 2017 Concert Tour Honors HERoic Women” 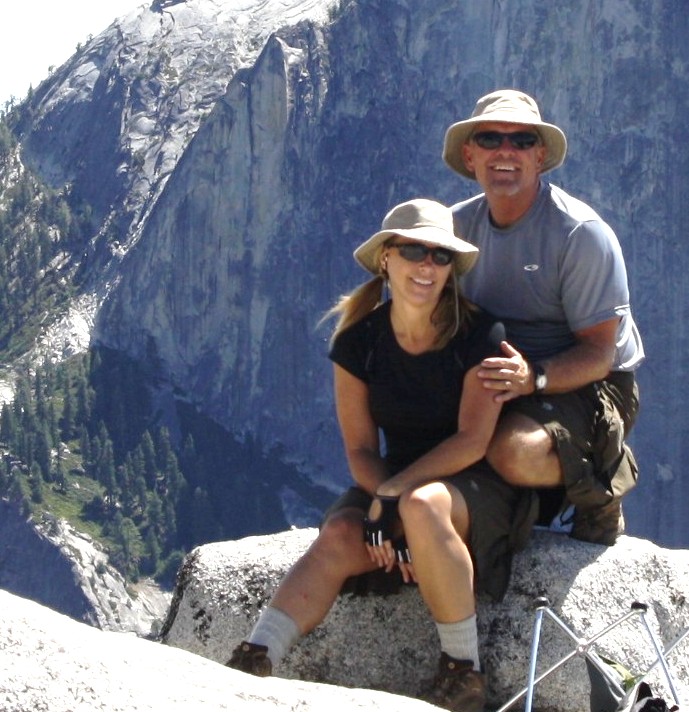